It looks like our Faculty Challenge #5 might been too difficult or you didn’t quite buy the premise that stick figure drawings could enhance your courses. I’ve a couple of articles to help persuade you that a) it might be worth your time and b) you HAVE the requisite talent, even if you, like me, “can’t draw”!

Priyanka Pereira wrote in 2013 that gender neutrality, race neautrality, ease of changing color and background are only a few of the reasons that she now prefers using 3D humanoid vectors instead of photos of humans in eLearing courses. She explains in her blog post: Top 10 Reasons to Use 3D Humanoid Vectors Instead of Photographs.

Regardless of whether you are drawing on a chalkboard, whiteboard, or electronic whiteboard, here are some articles that might help:

Say It with Stick Figures: Your Crude Drawings are More Effective Than PowerPoint

How to Draw a Stick Figure: a Complex Guide  2015 Starting from the basics, a line and a circie, a guide to sitck figures

Anatomy of a Stick Figure 2010 tutorial on creating stick figures 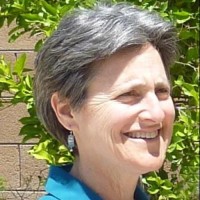