The Personalization Principle means that conversational style is better than formal style.  Below is a video to introduce you to the principle – The first part of the video will make you want to turn it off, but keep watching – it starts with what not to do!!

When we are teaching, whether we think of this or not, there is a “conversation” going on with the student, even when the student is reading text, watching multimedia, or even playing an interactive educational game.  This student interaction is important not only for getting information to the learner, but also for student motivation.

There have been many studies supporting the personalization principle and it’s effectiveness, and they show that learners engage in deeper cognitive processing during learning.  Material using a conversational writing style and addition of on-screen characters can be more effective for some types of learner.  Another benefit of applying the personalization principle is that it helps provide the teacher with a sense of presence in the online classroom.

Thanks for subscribing to the FLC.  I’ll see you next week with the Voice Principle! 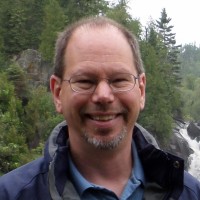